After I saw Dirty PCBs on HN I decided to place a test order.

I placed the order on the 13th April; the boards were reported as shipped on the 30th April, and they reached me (in the UK) the 14th May. Dirty boards tell me there was a hiccup at the board house, as they moved locations, so their normal turnaround time may be less.

The customs value was $5, below the threshold to be charged duty and VAT. That was good, because the Royal Mail would have ripped me off with an £8 handling fee if there had been tax to pay.

Here's the design I sent to be manufactured - yes, I could have spent more time getting the layout nicer, but this is just for testing: 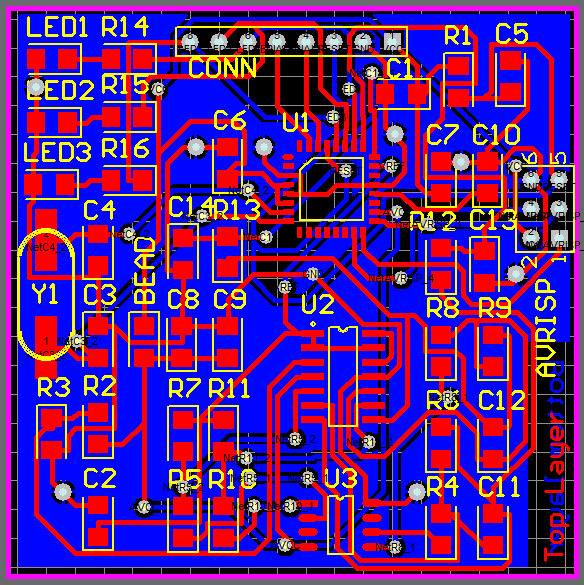 And here's the board I got back: 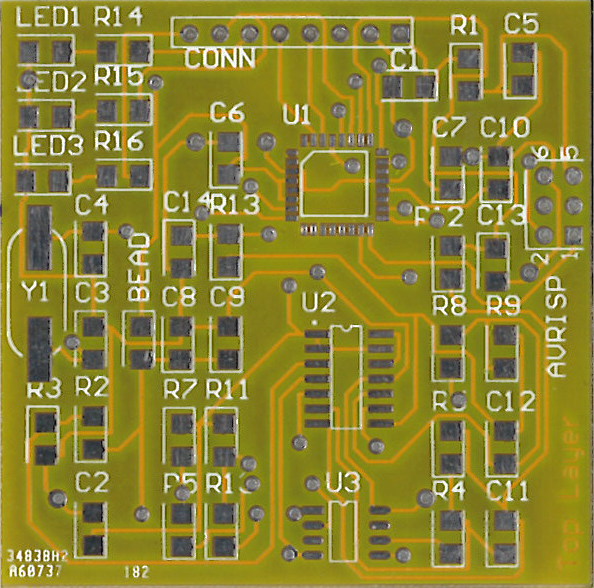 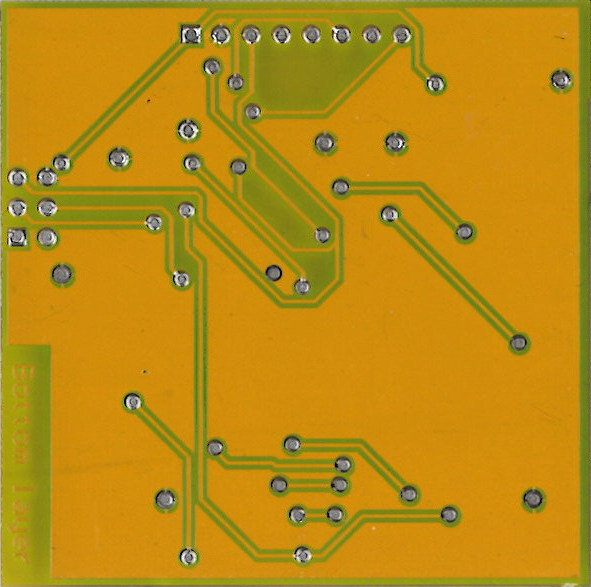 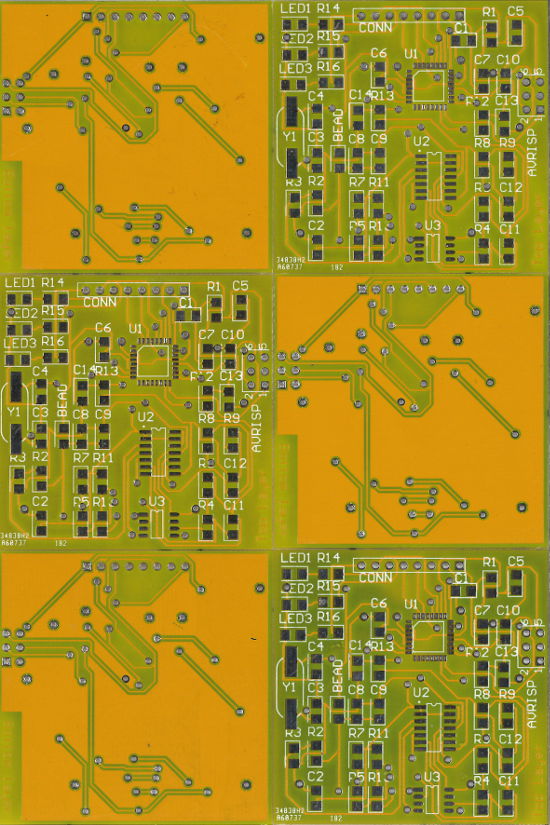 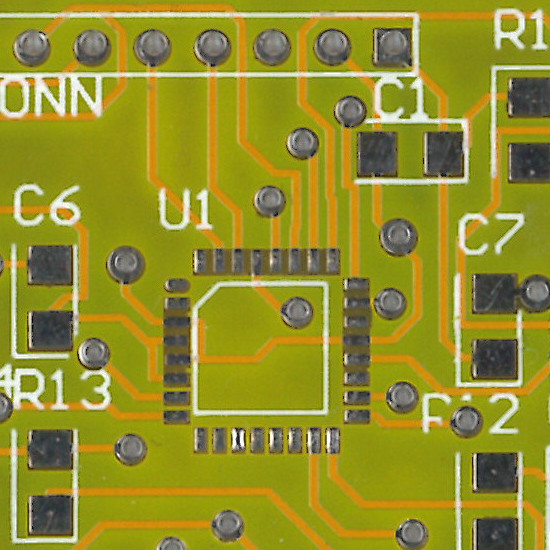 As you can see, the solder resist between the pins of the TQFP (U1) is a bit lacking - although that might be partly due to my shitty footprint drawing skills. Edit: Confirmed as my mistake - see below.

The drills and silkscreening could be aligned more precisely - the last image above shows one of the worst boards, most of the ten are tidier than that. Even the worst board is within the advertised tolerances.

All things considered, the price is good, it's a lot less hassle than setting up tubs of ferric chloride in my bedroom, and more affordable for prototypes than Eurocircuits.

Edit: It turns out there's a setting called 'solder mask expansion' where holes for pads in the solder mask are made slightly larger, in case the solder mask is slightly misaligned. I had this set to 0.1mm - and given that my pads were 0.5mm wide and 0.8mm apart, giving a 0.3mm gap between pads, by applying a 0.1mm expansion on both sides, the solder mask was reduced to 0.1mm wide.

I ordered another board, and this time I reduced the solder mask expansion from 0.1mm to 0.05mm, and reduced the pad width from 0.5mm to 0.4mm (the datasheet lists the pin sizes as 0.37mm nominal, 0.45mm max). I also made the pads longer, as I realised I'd made them so short the pins of the chip completely covered them! Before and after footprints: 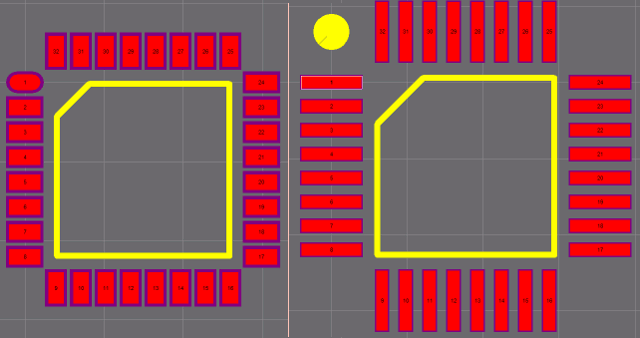 The red area here is the pad itself, and the purple border is the solder mask expansion - as you can see the gaps between pads are looking a lot healthier now!