Streaming live video over Wifi from the Panasonic Lumix GX80

The Panasonic Lumix GX80 is a mirrorless, interchangable lens micro four thirds camera. Some people have used it as a streaming webcam by connecting the camera's HDMI output to a HDMI-to-USB capture card (cost ~£120). It also has wifi connectivity, and can be controlled remotely - including a live preview over wifi.

I set out to see I could use that wifi live preview like a webcam.

In summary, I was able to get it to work - but with a lot of caveats. The live preview is 640x480 30fps and with some software trickery, I was able to use that video as a webcam in video calls.

This image is captured raw from the mjpeg stream: 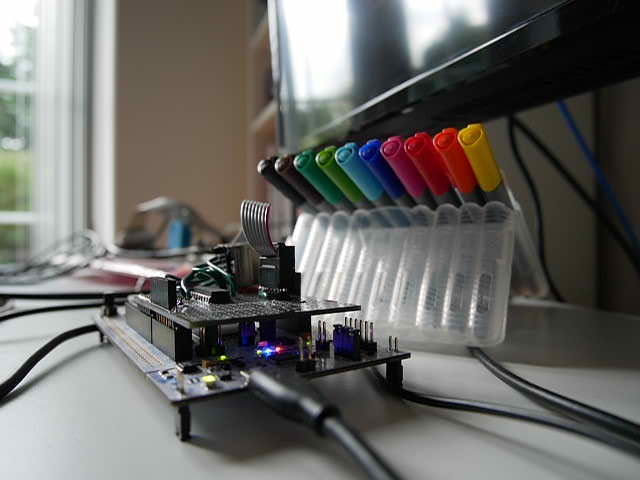 FotoForensics estimates its compression level as 49%. The video stream has a bandwidth of about 6.8 Mbps and runs at 30 frames per second (even if your camera is PAL and records video at 25fps)

Credit where it's due

lenuisible for reporting the stream is a MJPEG video over UDP, and a Java stream viewer and Martin Pecka for keeping that alive and where I could find it. BTM_Pix and Vladimir Goncharov for additional info on Lumix remote control.

You mentioned a lot of caveats?

Oddities of the mjpeg-over-udp protocol

Each frame is a single UDP datagram - making each datagram much larger than the ethernet MTU, and leading to packet fragmentation. 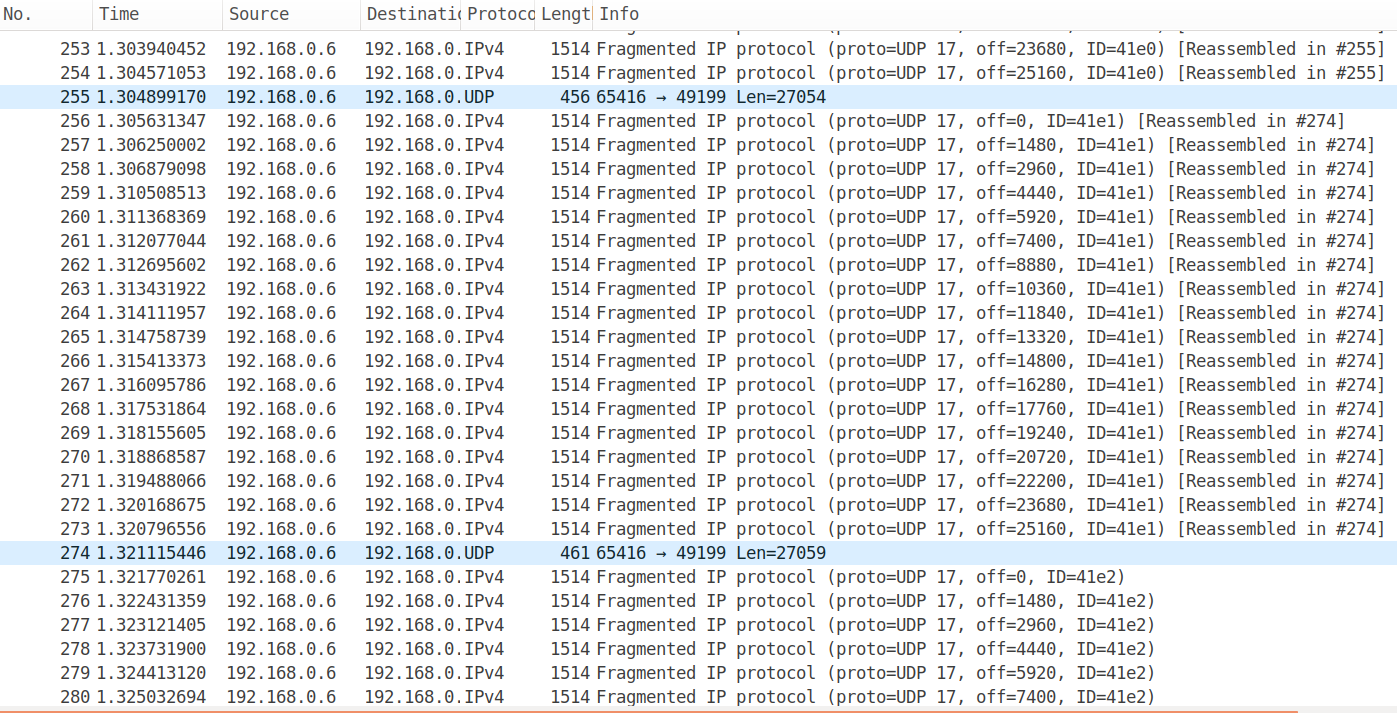 Here we see a 27 kilobyte image split into 19 fragments. If any of those 19 fragments are lost, the frame is lost. If you've got slow wifi, this can happen a lot.

The mjpeg-over-UDP datagrams had a prefix before the JPEG data - usually of the same length, but occasionally varying. What's going on with that?

I reverse-engineered enough of the protocol to learn that:

On Linux, the video stream would sometimes freeze for tens of seconds at a time, with UDP reads timing out as if no UDP traffic was being received - but Wireshark would indicate UDP packets were still arriving just fine.

It turns out the Linux kernel has a queue of partly-reassembled IP packets, waiting around for the missing fragments to come in. In the default configuration this queue has a fixed size of ~260 kilobytes in memory, doesn't discard stored contents for 30 seconds, and silently discards new packets when full.

With 27 kilobytes per frame, 30 frames per second and a 260 kilobyte limit on fragmented packets, if 10 frames drop a single fragment within 30 seconds the UDP socket would receive nothing until the oldest fragmented packet had aged out of the queue.